There is much more to CSGO than a competitive shooter, with everything from adventure maps to hide and seek being popular. Up next are the absolute best CSGO maps for fun with friends!

CSGO generally features many competitive online game modes like demolition and deathmatch, but does not advertise the creativity behind the players. Players have developed a wide variety of maps that include playing minigames, turning into minions, or even simply helping players train for original game modes.

Adding a map to your CSGO server is incredibly easy, and the Steam Workshop is completely compatible with Shockbyte private servers! For those looking to add a map to your server, check out our knowledgebase:

Here are the best CSGO maps:

Hide and Seek maps are among the best private server shenanigans groups of friends can play together. They are an incredible time, with everyone hiding from the hunter and exploring the secret details of every wall in the map. In this map players are minions running from Gru, leading to an even more meme filled experience. If you and your friends haven’t played a Hide and Seek map together yet, you absolutely need to try this one.

Players interested in 1v1 CSGO maps will find this map perfect to their liking. Training your aiming with a friend or messing around with your favorite weapons, this map is fun for all levels of players. The simple style of the map makes landing your shots important, and alternative equipment is massively impactful with such a short distance between spawns. If you are looking to host a 1v1 CSGO tournament, let Shockbyte host your server for you while you handle all the other work!

One of the most classic map minigames is CSGO surf. Using the power of the game’s unique gravity and momentum, players can surf across slanted objects and throw themselves through the air at high speeds. For some players, it can be a difficult movement to get used to, but once you get the hang of it, it’s very satisfying. This map is also great if you are learning how to surf in CSGO.

A fresh take on an old CSGO map. By updating a lot of the textures and adding colored lights to different areas, this map feels completely new. Players familiar with CSGO Nuke will still be able to predict many angles of entry for enemies, but will find this updated look for the map to be much more appealing after playing so much of the original. The map comes ready for demolition, deathmatch, and arms race.

An extremely detailed map, allowing your entire private server to compete in the Squid Games in CSGO! The minigames in this map are very accurate to the source, and well created. Progress through several floors to complete all of them and become the champion among your friends! Being familiar with the original Squid Game is not required to have a blast on this map with your group.

Another incredible 1v1 CSGO map, being AIM ROGUE INFERNO! This map is special in that it's procedurally generated each and every time, making getting used to the map impossible! With tens of millions map variations, you will likely never see duplicates. Playing against AI is also compatible with this map, meaning this can be a PVP or cooperative game for your server.

Because we love Minecraft so much, there has to be a Minecraft map on this list! We are also yet to show off the incredible category of CSGO adventure maps, which allows you and several others to explore grand new places just like a Minecraft adventure map. This map supports a handful of players and can even be played single player, but why would you? You may need friends anyway in order to pass a few difficult jumps later in the map!

Playing hide and seek on the original maps does not give many places to hide, nor the fun of exploring. That’s why Inferno Hide and Seek was created! Instead of playing on the old CSGO maps, you can play on this updated version with invisible walls, hidden compartments, and secret teleports! Not to mention the jump pads around the map, allowing you to reach heights never seen before.

A quiet village with each villager asleep in their bed. Wake them up to the sound of your chaotic deathmatch over the fields of wheat! This map is the most straightforward, being a beautifully recreated Minecraft village in CSGO for players to fight within. The map is ready for every game mode besides demolition, and watch out for creepers!

An incredibly unique spin on a CSGO adventure map. Fight back with your friends against hordes of the undead as you scour this small map for 6 different coins and health to keep your poisoned character alive. Afterwards, fill up the escape vehicle by making a last stand as zombies surround your team, and escape as quickly as you can. An incredibly cool CSGO multiplayer map with randomised gun and objective spawns.

Shockbyte is a game server host for CSGO, Minecraft, Left4Dead, and more.

Do you want to start your own Counter Strike Global Offensive server? Click here to view our CSGO server hosting plans.

Project Zomboid is a constantly updating realistic zombie apocalypse game, where players must survive as long as they can, with incredibly detailed gameplay. As the game assures you at the very start, this 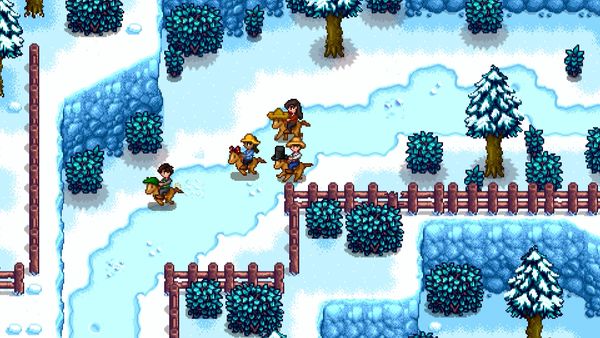 Yes, you read that correctly. We're incredibly excited to announce that we now have full support for Stardew Valley servers at Shockbyte! Our journey in the Ferngill Republic began in our community Discord