Garry's Mod is so much more than meets the eye, entirely thanks to dedicated servers. An uninformed player may enter the sandbox mode of Garry's Mod and not understand all the hype, even after playing around for a while.

Gmod online has a massive array of games and gamemodes, leading to some of the best player to player experiences in online gaming. From social deduction games to roleplay, these game modes have spread to other games entirely, like Minecraft!

Everyone grabs a weapon from around the map, and finds murders in progress or bodies to discover who the Traitor is. Then using their newfound weapons, everyone works to eliminate the Traitor. Commonly Gmod Minecraft maps are used alongside many other plugins to create a hilarious atmosphere for the match.

Everyone gets nostalgia from a good old game of hide and seek, but as we've gotten older the original concept just doesn't cut it. What if we could hide as physical household objects? Or like, as a whole car? Prophunt brings that exact nostalgic feeling of hide and seek but with a perfect twist to make the game feel brand new.

In Gmod Prophunt, Seekers (of the hide and seek variety) are dealt damage whenever they attack a non-player object. Deal enough damage to themselves and the seeker will run out of health, killing them and finishing the round. Hiders can hold out for this to happen, or simply get such a great spot, they aren't seen for 5 minutes straight. Our personal recommendation is to hide as a can!

In many ways Gmod DarkRP isn't very dark at all. Despite the many "jobs" you can take having dark implications, the biggest goals of DarkRP aren't actually incredibly dark.

When you spawn in, you choose a role which could be anything from an underground gun dealer, to the Chief of Police. From here you can roleplay with others in the server as you earn cash and purchase your own home. Once you secure it, you can hold items or simply relax in your comfy house. Make sure to get a weapon quickly though so you can defend yourself if thieves come knocking.

One of the only games in Gmod that can be played Singleplayer, but why would you? Using many of the same tools used in DarkRP, your group of friends can play on a dedicated server to build the best vehicles or even spaceships! The world (and Gmod's Spawnlist) is your oyster, and you can create anything you imagine.

There are also great Sandbox dedicated servers in the multiplayer browser hosting everything from free-building to popular minigames. Gmod Sandbox is like a permanent Halo Forge world for your entire friend group.

Now this one may surprise a lot of players, as Garry's Mod has nothing to do with Starwars. This though does not stop the role playing community, who run some of the highest population roleplay servers on Gmod; all in the theme of Starwars!

With incredible imported models for everything in Starwars the Clone Wars, role players will feel right at home dawning their new clone identities. This gamemode is an odd one, but inexplicably awesome for diehard fans of the Starwars franchise.

For all of our incredible players Shockbyte hosts dedicated Rust servers for, this game mode will scratch that Rust itch. This scarily accurate recreation of Rust plays eerily well..entirely in Gmod? For longterm Gmod players this game mode will really weird you out.

The game itself though is incredibly accurate and features all the great parts of Rust. Even AI scientists defend high priority monuments, but the new map will look nothing like Rust's. It's absolutely worth giving it a try, but server population can be a regular problem. How about hosting your own server with Shockbyte then?

This is one of the more straight forward game modes in Gmod, where a team of survivors face off against an assault of the undead. Players also play as the zombies and are automatically converted to that team if they die as a survivor.

This game mode feeds into some of the scariest Gmod horror maps, making them utterly horrifying. Fortunately you also earn points for hitting zombies, so you can buy new equipment and fear no more! Both public Gmod dedicated servers are an absolute blast as well as private ones with just your friends.

This game mode may sound like it would play similarly to SCP: Secret Laboratory, but in reality it is much more like Jailbreak. The game mode Jailbreak exists even in Gmod (despite not making the list) and splits the server into players trying to escape the map, while the other team tries to keep them in.

There's a unique spin added by combining the SCP theme with the usual game of Jailbreak, that allows many new roleplay scenarios. Overall though, the game mode invokes the same enjoyment as Jailbreak, so if you like Jailbreak, you're in for a good time.

This is such a popular Gmod game mode that it was inherited into many other incredible sandbox games. We mentioned it on our Best Multiplayer Minecraft Adventure Maps blog post a while back because no matter the origin game, this mode is extremely fun.

One (or a few) players are chosen to be the the Droppers who are the masterminds behind the whole maze. They will use traps, gas, disappearing floors, and everything else at their disposal to stop the Runners from finishing the course. Once a Runner finishes the course, they are teleported to the Dropper's location for some good ol' fashion revenge.

And last but not least, another social deduction game to 'sus' out your friends in! A single murderer armed with an insta-kill knife, versus an unarmed populous working to earn their own weapons for self defense. Who wins?

Each round there is also a single citizen that starts with a gun capable of killing the murderer, but it only has one bullet. Murderers must hide their killings and slip away unnoticed before anyone suspects it's them. This game is similar to TTT, but without the regular shootouts.

That wraps things up! Don't forget to download Counter Strike Source to alleviate those pesky Gmod missing textures! Many multiplayer servers and maps require those resources for the best gameplay experience. Otherwise you can join multiplayer servers with the tag "Vanilla", or host your own Gmod server with Shockbyte!

Shockbyte is a game server host for Gmod, Minecraft, CSGO, and more.

Do you want to start your own Gmod dedicated server? Click here to view our Garry's Mod server hosting plans. 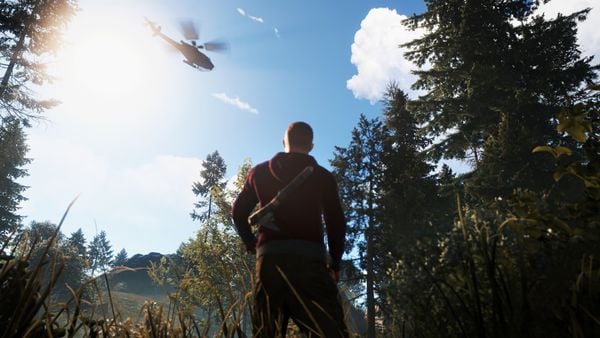 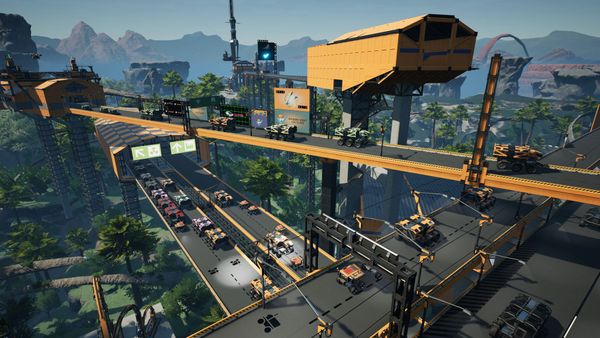 Satisfactory is a game about building an automated factory enterprise of your own, on an alien planet. With thousands of craftable items and an entire planet to explore, you'll need plenty of friends