Conan Exiles is a brutal barbaric exploration game where players build giant structures to serve as their huge bases and explore the vast expanse of the map for resources.

Players slay massive monsters, enslave smaller creatures and NPC humans, as well as fight amongst each other for safety and items. Before the release of the Isle of Siptah Expansion, much of the late game content was PVP focused.

There's a few things both long term players as well as new ones struggle to understand about the expansive game, and Shockbyte is here to cover the simple details for you. We're also here to host your very own Conan Exiles private server!

Many players are torn on their opinions of the current state of the game, whether that be about official servers having a battle-pass mechanic or the problem of online hackers running rampant. With a few problems like these popping up, many players are left wondering what to do in Conan Exiles.

With the release of the Isle of Siptah, ancient vaults and many more PVE opportunities have been added to the game for long-term cooperative players. Legendary bosses are more prevalent than ever, and there has never been a better time to get your own dedicated private server.

What to do in Conan Exiles

For new players interested in Conan Exiles tips, there are almost infinite pieces of knowledge to pass along from veterans. At the very basis though, understanding the server settings you plan to play on is the first thing you need to know.

If you're interested in dueling monsters and creating a kingdom, then PVE might be the better choice. Otherwise, if you are coming from Ark or Rust, you will be much more used to PVP servers.

Don't worry if you're new to the game! Creating a private server with Shockbyte will allow you and your friends to tackle this unforgiving world on your own before worrying about other humans. Or even worse. Hackers.

As you progress through the game and perform actions, your character (or clan) will regularly generate Purge Points. Very casual players may see a purge once a week whereas, if you are extremely active, you may encounter one daily. Purges are very similar to Valheim events where many enemies spawn around a base in order to destroy it and the players.

In Conan Exiles, there is a hidden difficulty slider depending on what biome you are currently in, which also applies to the difficulty of the Purge. NPCs and bosses are much harder in more Northern/Western areas and much easier in the Southern/Eastern areas.

Conan Exiles Thralls and the Wheel of Pain

One of the coolest things in Conan Exiles is enslaving the landscape to do your bidding. This means players are able to force even the greatest warriors across the land to bow to you and fight to the death under your command. Playing with friends allows you to wander the world with a small army, ready for anything.

Players can capture human NPCs from around the world to bring back and force onto the Wheel of Pain so that they will submit to you. After some time, the NPC will give in and you can have them resume their usual job, but for you instead. These NPCs are now your Thralls and they will drastically increase the quality of all equipment created. Or they can be your personal bodyguards!

Some things new players are unsure of is where to find interactable inhabitants, whether that is tribes, thralls, or even resources. While resources are generally spread throughout the land, named Thralls and NPC camps can be hard to find depending on the biome.

There are several online Resource Maps for Conan Exiles, fortunately for us, many of them are interactable. Here are two of the best interactive maps to help you learn where things are:

There are many religions throughout the world of Conan Exiles, when a player starts they are able to choose one. Their respective teachers are scattered across the entire landscape and must be sought out if they intend to worship more than one religion. These religions provide valuable benefits and may even allow the player to summon the god's own avatar to aid them in battle.

What is the best religion in Conan Exiles? Well, the answer isn't very straightforward as each provides unique benefits, but overall they won't have a great impact on your gameplay so there's no need to worry. If you're searching for the easiest religion to start with, you should choose Set. It provides generous weapons and armor, such as the Snake Arrows, at quite a low level.

The entirety of Conan Exiles can be played single-player but as we and the community suggest: play online multiplayer. Many monsters across the world can be difficult to overcome, and tackling dungeons alone can be a death sentence. Thralls and pets can ease this burden of loneliness but cannot craft things of their own and assist with progression.

Recruiting friends to join a PVP server or a private server here at Shockbyte will allow you to get much more familiar with this new brutal world. Everything from fighting legendary bosses to building massive kingdoms is more fun with friends involved.

Shockbyte is a game server host for Conan Exiles, Rust, Ark, and more. 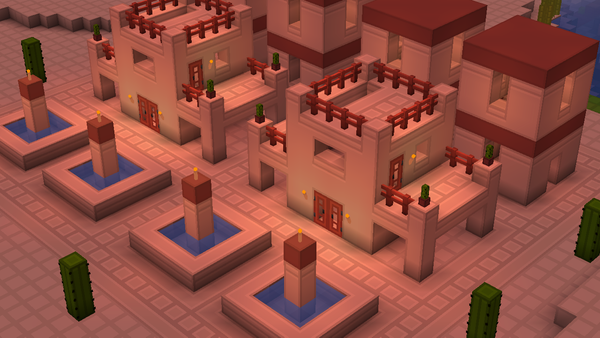 If you've played Minecraft as much as we have, the cute graphics of the game may feel a bit worn out now. Grab one of these realistic or cute texture packs and get