V Rising is a recently popularised vampire game still in alpha. Coming from the same creators of Battlerite: Stunlock Studios. The game features very similar PvP mechanics to Battlerite, but all of the exploration and growth of an RPG and the base building/raiding of a Rust game. An incredibly unique take on the modern RPG game genre.

There are plenty of things players are confused about as they start the game, with their choice of server being among the first. While the game can be played singleplayer, the best way to experience everything it has to offer is to get some friends and host a private PvE server. It could even be with us at Shockbyte!

There are plenty of ways to play V Rising, and the official servers provide each of the following game modes:

Full Loot Servers are much more punishing than regular PVP servers. Normally, when you die, other players can only steal your items if they use a siege golem at your castle. In Full Loot servers, if you die, enemies are able to take everything from your inventory, even the clothes off your back!

There are tons of questions new players have, as many of the game's mechanics are only briefly explained to the player. The following list is a quick-fire answer to the most asked "How to-" questions out there!

You can craft a fishing rod at the Woodworking Bench, and then find pools of fish in the wild. Click on it with your rod to cast your line, then when it splashes, click again to reel in the line for your catch.

Firstly, players must create the Grinder. All of the ingredients for the Grinder are easy to obtain, besides the Whetstones. The easiest way to get them is to craft them yourself after you defeat Grayson the Armorer. Once you have the Grinder, put at least 12 stone into it to create stone bricks and stone dust.

In order to salvage items, you must first create The Devourer. You can obtain it after defeating Lidia the Chaos Archer. Toss items into it and receive back some of the materials required to make them. Great if you have lots of spare loot.

Iron is scattered throughout the farmland, but not in the quantities you would hope. To get all the iron you need, you will have to visit the Haunted Iron Mine, only a short walk south of Meredith the Bright Archer.

The map is an immeasurable help throughout the course of V Rising, helping you track marked V blood locations. Many helpful assets also exist online to guide you to resources such as cotton farms, militia camps, and mines.

For new players just getting a lay of the land, here are two links to great interactive maps you can use to survey the world of Vardoran:

So, you're experienced with the game already and you're looking to conquer rival vampire bases. In order to actually destroy walls and begin your raid (as you normally would in any other PvP raiding game like Rust or Ark), you will need a siege golem.

Before we get into the specifics of the siege golem, you will first need to progress quite deep into the game. After upgrading their gear significantly, players who defeat Terah the Geomancer are rewarded with the siege golem stone recipe. It can be crafted at the Gem Cutting table with:

Once you use the siege golem to destroy a single wall of a base, you are then able to use explosives to knock down the rest of the walls (as you would in Rust). It's pivotal to only raid enemies while you have friends to protect you, as the siege golem is quite frail. Also note: if enemies destroy your siege golem with you in it, it will kill you as well.

Fortunately, that does not spell the end of a V Rising run, as there is a wide variety of named bosses and mini-bosses to defeat scattered throughout the wild. Many players also source the PvP game modes as unending campaigns of V Rising due to servers being routinely wiped every so often (once again, like Rust).

Due to the game currently being in Alpha stages, the modding community is small. Despite its size though, it does exist! There are about 10 different helpful mods that add quality of life changes to V Rising. They shouldn't prevent you from using Official servers, but if they do you, can always turn to Shockbyte dedicated servers instead.

Here is the Nexus link to the current V Rising Mod Community:

Shockbyte is a game server host for V Rising, Rust, Ark, and more. 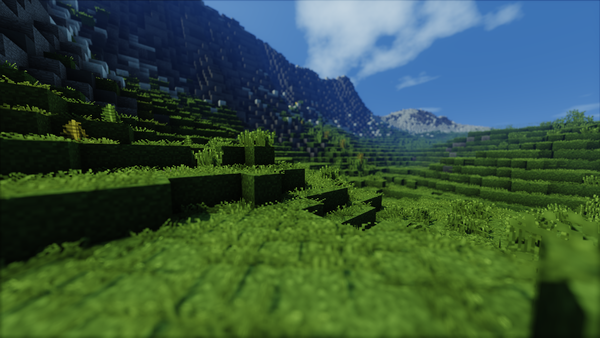 We get it. You're excited to see what's coming next for Minecraft. So are we! That's why we've compiled a list of things that you could expect to be featured in the upcoming Minecraft Live.

Shockbyte
—
Everything you need to know about V Rising
Share this