The Minecraft Wild Update not only brings awesome new and much-wanted content, but it also adds fixes to existing features. New blocks, items, mobs and biomes are waiting for those brave enough to adventure into Minecraft’s wildest update yet!

Minecraft 1.19 won't be called the wild update if not for the wildest addition to the game—new mobs!

One of the new mobs that will be hopping into our hearts are the frogs. This passive mob comes in three variations—temperate (tan), cold (green), and warm (white)—depending on the biome they spawn in. You can spot them hopping from lily pads and dripleaves, or swimming in swampy water.

Frogs attack slimes which then drop slimeballs. Small magma cubes are not safe either, dropping a new block called froglights when killed by these croaking creatures.

Frogs lay eggs to create frogspawns, later giving birth to tadpoles which are also new to 1.19.

Winner of the Minecraft Live 2021 Mob Vote, the Allay is a new friendly mob in this update. These adorable creatures can help you retrieve items that you ask it to collect. They can be found in Pillager Outposts and Woodland Mansions.

Giving an item to an Allay will make it search for that same item within a 32-block radius and deliver the items to a nearby active noteblock or the player that last gave it an item. Although they only have one inventory slot, Allays can hold a full stack of an item.

This new hostile mob spawns in The Deep Dark. Summoned by Sculk Shriekers, Wardens emerge from the ground. Don't underestimate this deadly foe—even if they're completely blind, they can still hear, smell, and sense vibrations

Try to sneak past it if you dare! A new enchantment called Swift Sneak on your leggings might be your only chance to evade this mighty foe. But once the Warden growls, you better run fast!

Three new biomes are making their way into Minecraft, giving you more places to discover.

If you're brave enough to explore the deep underground, you may find yourself in this new biome where the only natural light comes from Sculk and lava. The Deep Dark is the only place where you can find Sculk, Ancient Cities, or the Warden.

These massive crumbling structures which can only be found in some Deep Dark biomes are not only filled with treasures waiting to be discovered but also run Redstone circuits beneath them in hidden basements. Be careful when exploring these mysterious ruins or you'll catch yourself face-to-face with a Warden!

Found in warmer biomes, this swamp variant is the only place where you can find mangrove trees growing naturally.

Minecraft 1.19 introduces this new tree type made up of logs, leaves, roots, and moss. These can be found in Mangrove Swamps.

With this new tree comes a whole set of a different shade of wooden blocks, planks, slabs, fences, doors, signs, buttons, and more to spice up your builds!

Your dream of a home made entirely of mud is about to come true. Mud blocks can now be created using a water bottle on a dirt block, or naturally found in mangrove swamps. It can also be placed on dripstone to create clay. You might see mobs sink into mud blocks like quicksand. You can also craft new items such as the mud bricks, stairs, slabs, walls, and Packed Mud, all made from mud!

Sculk and Sculk Catalyst blocks are naturally found in the Deep Dark biome. Sculk Catalyst will spread Sculk blocks where a mob dies. How much Sculk there is depends on how much experience that mob has.

Sculk Shriekers are blocks that emit particle effects called "shrieking" and world darkening effect, both set off by player movement. Be very careful! If these Shriekers are activated too many times, these blocks summon your greatest nightmare—the Warden!

These new light blocks are dropped by feeding small magma cubes to frogs. Froglights come in three (3) different colours depending on the colour of the frog that eats the magma cube.

Transporting items has become a lot easier with this newest addition. Crafted with just a regular chest and any boat variant, you get the same amount of storage slots as a regular chest...but on a boat!

Now, you'll never have to worry about running out of storage space while you're out exploring!

Set out on the wildest Minecraft adventure with your friends!

With the addition of new mysterious biomes, items, friends and foes, there's a lot for you to unpack in this Minecraft update!

What better way to do all those than with your friends in your very own Minecraft 1.19 server at Shockbyte!

Shockbyte servers support all versions of Minecraft for both Java and Bedrock Edition, including the Minecraft 1.19 The Wild Update. 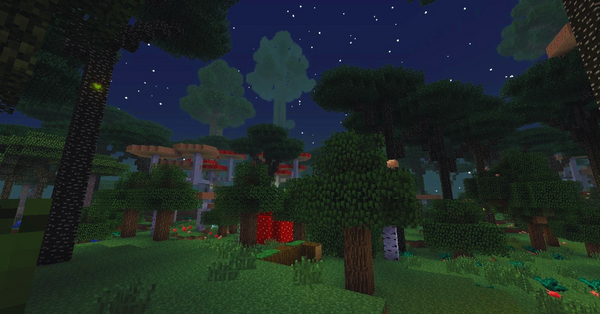 Playing modded Minecraft servers is the most fun way for friends to work together on a massive Minecraft project, so here are all the best Curseforge Minecraft mods for update 1.16.5 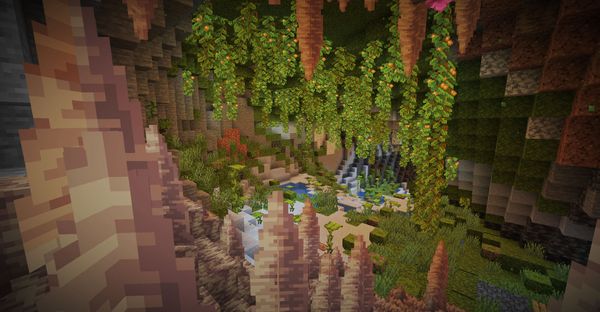 The Minecraft Caves & Cliffs: Part 2 update is finally here for both Java Edition and Bedrock Edition! This update takes you to new heights and down to its darkest depths with the