The current version of Minecraft has more biomes than ever with the potential of many more to come. Shockbyte is here today to give you everything you need to know about each biome and all the loot obtainable in them too! From bees and honey to ores and stew, there's a lot to know about the layout of the land!

On multiplayer servers with your friends a normal PC could easily have a laggy server when players start exploring. In modern Minecraft you need to explore to find food to farm or even just find the end portal! With so many unique structures nowadays too, players exploring causing lag isn't sustainable. Fortunately Shockbyte is happy to host low latency servers, that encourages players to roam.

After Minecraft Live we saw a ton of huge things coming to the future of Minecraft. If you missed Minecraft Live and wanted to know everything coming in the next big Minecraft update, checkout our blog post about Minecraft Update 1.20! From new bookshelves, to beautiful sign changes and Camels, there is a lot of new content on the way early next year.

What is a biome?

A biome is a geographical area with unique plants, animals, and features. The world of Minecraft is separated into different biomes that hold unique items, enemies, and structures too. As you explore the world you'll encounter snowy hills and wide open deserts which are both biomes, but Minecraft even has a few rare biomes to find.

The plains biome in Minecraft is a simple one devoid of many structures or wood. Rarely villages can spawn in the plains biome alongside horses, pumpkins, melons, and a variety of plants. This is the best place to go for obtaining wheat seeds as well. If you are looking for a wide expanse of open building ground for your SMP server, you should settle down in a plains.

Ahhh forests. The first place we all punched a tree. This biome is not only nostalgic but comes in several forms. Most forests are normally made of a massive collection of oak trees, but now they also come in birch, dark oak, and "flower forest" formats. Exclusively spawning in dark oak forests are the ever sought after Woodland Mansions holding unique secrets within. The powerful, totem of undying.

There are technically three types of jungles. The main jungle biome, jungle edge biomes which connect closely to non-jungle biomes, and the bamboo jungle. The third of which has everyone's favorite mob, Pandas! The jungle biome is also incredible great for it's mob-warning parrots, creeper-defying ocelots, and cocoa beans! Don't forget about those rare jungle temples too.

The mountain biomes in Minecraft feature high peaks and low dips periodically throughout the land. Some feature snowy hilltops while others feature exclusively stone and gravel. The mountains after the Caves and Cliffs update are drastically different than they were originally in Minecraft, making them excellent places to start mining for ores.

The Desert in Minecraft is a very unique biome in that despite it's long plains of nothingness, it's actually quite full of content. The Desert biome stars one of the biggest monuments known in Minecraft speed-running being the desert temple. This structure has the capability of great loot inside, with diamonds as a possible item! There are also villages, special zombies, and cacti throughout this biome.

Taiga biomes combine many features of jungle biomes and forests. These biomes may come in snowy or plain forms but both include families of wolves, foxes, and artic foxes. Keep an eye out as well for pillager outposts, you may be able to save an Allay friend! If you are looking for food, sweet berry bushes are the favorite of foxes in this biome and grow quicker than any other food in the game!

The snowy tundra is exactly what you would expect from a snow-desert. There isn't much life here besides adorable polar bears and rabbits. Stay away from the cubs or you'll find yourself facing an angry mother bear! Wood is also scarce here with maybe a tree or two rarely spawning throughout. Bring a pumpkin and make a friendly snowman to watch your back!

The Ice Spikes biome is even more devoid of life and interesting items. Like the Snowy Tundra, polar bears and rabbits still roam the land but even more rarely now. Trees are also more rare in this biome, with the only source of food being fishing with a fishing rod. Out of all the biomes, you definitely don't want to settle down here.

The swamp in Minecraft is a unique biome in that it has recently been updated! At nights across the swamp alongside usual mob spawns of zombies, skeletons, and creepers, are slimes! Slimes roam these biomes until they are consumed by the friendly frogs that also inhabit the swamp! There are plenty of trees and water here, so this isn't a bad place to live.

As Minecraft describes, the Savannah biome features a plethora of acacia trees, herds of llamas, and horses. The biome also features varied hilltops, almost infinite wheat seeds, and overworld spawning plants such as melons and pumpkins. With this area being one of the most animal and plant rich biomes, it is a great place to settle if you can get over the acacia wood.

The Badlands biome in Minecraft is a very interesting one, coming in three varieties. The Badlands generally spawn with orange sand beside already existing deserts. The Eroded Badlands though spawn completely independently, with them having many canyons and dips in the usual flat sand landscape. The third type of Badlands is the Wooded Badlands, with rarely spawning oak trees throughout.

Minecraft Beaches and Stone Biomes spawn on the edge of any biome that is connected to an ocean biome. They are also possible spawns when a river runs through the center of any other biome. Stone shores generally have normal grass and ores that are exposed to the surface. Alternatively, beaches provide much needed sand for glass and access to turtles and sugarcane!

The Ocean Biome in Minecraft is home to a few of Minecraft's monuments and unique enemies. With over five different variations, the Ocean in Minecraft can be both completely barren and filled to the brim with plants or animals...or both! It is also home to the mob more annoying than a skeleton somehow, the Drowned. Dangerous mobs with snipers for arms and tridents for bullets.

This biome is completely devoid of mobs as it is impossible for them to spawn on the surface of this biome. Instead, players will find roaming Mooshrooms (mushroom cows) adorably wandering their unique landscape. Use bowls on them for infinite stew and you could live here forever! The biome only appears rarely in the ocean, separated from all other biomes, and is lacking any sort of non-mushroom vegetation.

Many players might think that due to Nether fungus and respawn anchors, making your home in the Nether may be a good idea due to all the potential loot. With lava dripping from the ceiling and almost every mob in the Nether out to kill you, we must recommend against it. A vacation home here for ghast tears, blaze rods, and nether wart is understandable but not a permanent home.

The End is quite precisely it's name. The End is where the final boss of Minecraft awaits and the end of the game occurs. While this is the case though, even after beating the game there is an expansive biome to explore within The End. There are flying ships that hold the Elytra within them, massive End Cities, and chests upon chests of high level loot to obtain.

And that's The End....literally! These are generally all of Minecraft's most important biomes with a small discussion of the importance of each! A biome that we didn't specifically mention here is the Deep Dark Biome. There is a lot of unique items here, but not as much as all the others! If you're interested in the Deep Dark, checkout our Minecraft 1.19 Update rundown! 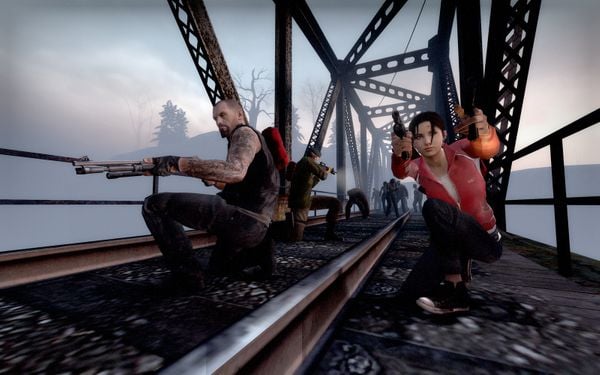 Left 4 Dead is a classic zombie survival game about blasting through hordes of the undead with over a dozen unique weapons. Using the source engine, this zombie apocalypse game allows players to 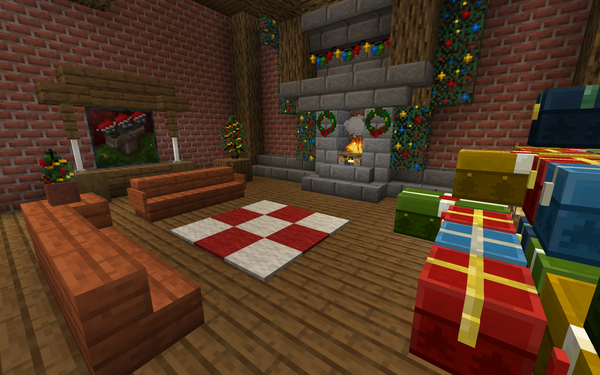 'Tis the season for a reason, to change your textures before the next years. A holiday resource pack to spice up your Minecraft shack. So bring your friends to cover your back, because