Gaming communities have been fighting for such a long time in the debate between Starbound vs Terraria, which is better? Of course it's impossible to completely objectively compare them, but Shockbyte is here to settle the ashes with definite decisions.

In order to enjoy either of these games to their fullest extent, playing multiplayer with friends is an absolute must. If you plan on playing modded Terraria or modded Starbound servers, you can trust Shockbyte to give you the best gameplay experience. Let's look a little deeper at the competitors.

Both Starbound and Terraria have massive modding communities, making the quality of their mods incredibly high. Terraria's biggest mod is the Calamity mod which we spoke about in our Best Modded Terraria Server mods blog post. This mod adds a massive amount of content with bosses, items, and equipment all included.

On the other hand, the biggest mod in the Starbound community is called Frackin' Universe, which adds so much content it requires it's own wiki (to be fair, the Calamity mod does too). Adding everything from new crafting tables, to new items, gear, and farming methods, Frack'in Universe almost doubles the content of the base game.

In terms of modding, these two games are stupendous. Completely equal in terms of running a modded Starbound server versus a modded Terraria server.

This is probably the biggest factor between the two games that on the surface might not be so apparent. A large majority of your time in Terraria will be focused on bosses. Mining ore to make armor for fighting bosses. Building giant arenas to make fighting a boss easier. Killing enemies to get a sword to fight bosses with. Fighting big bosses together is what draws players to Terraria.

For players who enjoy action and interesting boss fights, especially as a group, Terraria is the way to go. If you instead enjoy scaling new heights and exploring the unknown, Starbound is your game.

Base Building in Terraria vs Starbound

Starbound and Terraria are easily two of the best base building games of all time, mixing functionality with role playing. Terraria homes tend to be more focused on functionality, with decorations such as chandeliers being the biggest roleplaying comforts.

Starbound instead allows players to pickup almost every item they see, from every planet they explore. These options allow you to decorate your house with any era players enjoy, whether it be the wild west, medieval, futuristic, and many more. Starbound ranches tend to be much more homey than Terraria's bases.

Weapons in Starbound and Terraria

The weapons in a game can completely sway a players interest. Fortunately, both games take inspiration from all eras of weaponry allowing players to wield everything from lightsabers to crossbows. But which game has the weapons more fun to use? Terraria.

Starbound has a massive selection of weaponry, but attacking is quite straightforward. Even special weapon abilities don't surprise casual gamers in the wide range of powers they provide. Alternatively in Terraria, the weapon you wield entirely changes your playstyle. Whether it's summoning minions to aid you or using a massive magic-sword to swing at enemies, combat is always changing in Terraria.

Conclusions of Terraria vs Starbound

There are a several differences between these games that only veterans of both would be able to point out. Both are equally as enjoyable, but for very different reasons! The biggest requirement of both though, is their multiplayer capabilities.

Playing Terraria multiplayer is an entirely new experience, everything from bosses, to casual enemies, and simply getting gear is completely different with a friend. Starbound is just the same way, and having two ships to fly around the galaxy in allows for so many more great experiences!

Play one, play the other, or play both. Most of all, play multiplayer.

Shockbyte is a game server host for Terraria, Minecraft, Starbound, and more.

Do you want to start your own Starbound or Terraria multiplayer server? Click here to view our server hosting plans. 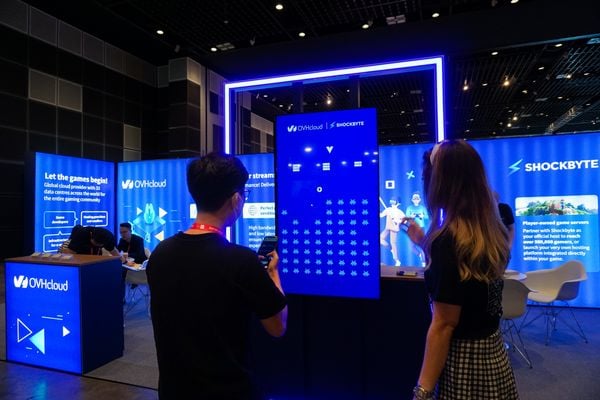 Gamescom Asia was one of the first steps in Shockbyte making convention appearances. We shook dozens of hands, started incredible conversations with potential partners, and even played some games too! As this was 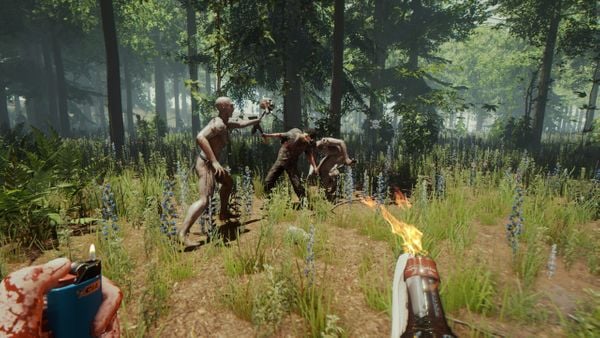 You heard it here first! Or maybe you heard it on the Shockbyte Discord. Either way, we are incredibly excited to present full support for The Forest server hosting! Right after Halloween is