Minecraft Legends is an upcoming action strategy game with all the theme and worldbuilding of Minecraft! This game sports some massive promises of expansive worlds, brand new mobs to interact with, and an incredible focus on the multiplayer experience. For longtime lovers of Minecraft, we are in for a treat!

With the current steam release date stating sometime in 2023, we currently only know about Spring 2023 projected release dates due to comments during Minecraft Live. We've seen a massive helping of the gameplay, giving us a promising idea of what exactly we're waiting for though. For all the Minecraft Legends teasers we saw during Minecraft Live, checkout the Shockbyte Twitter.

Minecraft originally focusses heavily on the player character, constantly requiring food and armor upgrades to increase your lifespan. These upgrades may still exist in Minecraft Legends but combat is much more minion-oriented. But minions, in Minecraft? What mod is that?

In Minecraft Legends the player character is able to tame wildlife, zombies, skeletons, and many more NPCs throughout the Minecraft world in order to storm evil structures. These tamed creatures will listen to your character's commands and fight on your behalf. We have also seen players swinging a diamond sword around, but it will definitely not be the focus of most combat.

Unlike regular Minecraft, you won't be building block by block anymore. As the narrators put it during Minecraft Live, players will now be building "thought by thought" with Allays handling all the heavy lifting. Whenever a player has an idea of something they want built, they send Yellow Allays to construct exactly that.

The player is armed with Blue Allays (that are sent to collect resources from Trees, Ores, etc.) and Yellow Allays (that are deployed to build structures, catapults, and spawners). With these two different kinds of allies players will still have the freedom to build wherever they desire, but less agency in exactly what is built.

Multiplayer is an important topic when it comes to anything Minecraft related, as every title in the Minecraft collective always features this co-operative aspect. Minecraft Legends is shaping up to be no different, with players working together to operate large armies of diverse forces.

In the Minecraft Live gameplay footage, we saw one player funneling reinforcements to the player closest to the action. This cooperative aspect allows for out-numbering the piglin forces and will be one among many vital strategies. We are yet to see how building together will function, but there are dedicated structures for Multiplayer, showing it's definite importance to the game.

The Minecraft Legends steam page currently displays PvP in it's about section as one among many game modes we can look forward to. Whether this can only be a friendly duel or a potentially skill-based online competition is yet to be determined. The wide variety of armies and tactics players can employ could lead to some massive online battles.

PvP has been an incredible and expansive part of Minecraft's history with game modes such as SkyBlock, Bedwars, and Survival Games just to name a few. While these exact minigames could not exist under Minecraft Legends gameplay, it will be interesting to see what kind of online communities the game may offer.

As it is obvious in many of the gameplay trailers, there is a wide variety of new animals, enemies, and NPCs for players to interact with. Due to the players requiring quick movements across the land and battlefield, it appears we will be permanently riding varied sorts of mounts.

One of these fantastical new animal mounts is the Regal Tiger, shown in the Minecraft Live gameplay footage. This stunning, beautiful, purple Tiger is both adorable and fast. Other players in the teaser were riding regular white horses giving hope that we may customize our mounts to further express ourselves. 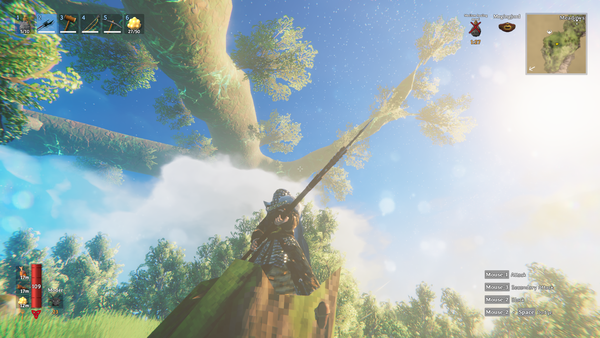 Valheim is an incredibly popular survival exploration game with Nordic inspiration and fantasy. The game is still technically in early access, but has a lot to offer for it's players. With a current 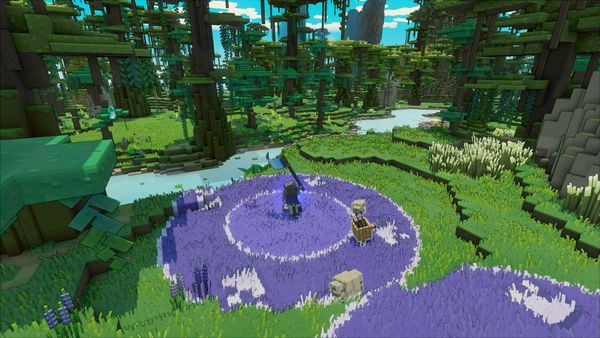 After Minecraft Live the entire Minecraft community had endless questions (we know we did!) From the addition of the Sniffer to Minecraft, to the brand new bookshelves, we were in awe of things

Shockbyte
—
What we know about Minecraft Legends
Share this