The third "final update" to Terraria, Labor of Love, comes directly after the release of Journey's End and Journey's Actual End. Re-Logic has spoken about this update, calling it simple quality of life changes but despite this, the update is still bringing a handful of new items and paint into the game.

Some of the new and exciting things being added in the Labor of Love Update are:

There are also a handful of exciting changes coming to existing parts of the game:

Similar to Minecraft's Creative Mode, Terraria is putting a heavier emphasis on their Journey Mode. It will be replacing Classic as the default difficulty for new characters moving forward, allowing new players to adjust difficulty and approach the game at a much different pace. Veterans to the game will still have their harder difficulty options with just a simple click during character customisation.

There are also a handful of other changes to make player's lives easier. Item stack sizes have significantly increased, with players now being able to stack items up to 9999 for almost every item. The amount of buffs a player can have on at the same time has also increased, alongside many more demoralising death messages.

If you are interested in seeing all of the exact details compiled by the community about the Terraria Labor of Love Update, checkout the wiki's list here:

V Rising is a recently popularised vampire game still in alpha. Coming from the same creators of Battlerite: Stunlock Studios. The game features very similar PvP mechanics to Battlerite, but all of the 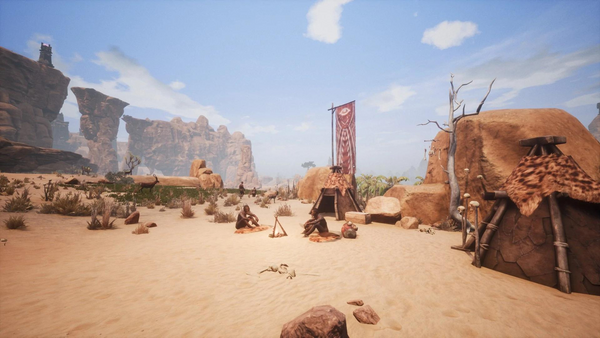 Conan Exiles is a brutal barbaric exploration game where players build giant structures to serve as their huge bases and explore the vast expanse of the map for resources. Players slay massive monsters,