After Overwatch 2's controversial release, we thought it was about time to return to the game that started it all and take another look at who we should be playing in Team Fortress 2! We'll be going into exactly which character was the inspiration for Overwatch abilities and who your favorite would be to play if you just started!

There are a lot of guides out there about the best TF2 classes, but each class in Team Fortress 2 serves a unique role to the team making them all extremely important for different situations. If you're looking to start a community of your own in TF2, you can trust Shockbyte for the easiest TF2 server hosting experience.

This includes: Scout, Pyro, and Soldier

If you like dealing damage and tipping the scales of battle, these characters are for you. The original Soldier plays exactly like Pharah but adding the difficulty of Rocket Jumping rather than being able to use a jetpack directly. In these classes you love to focus on assassinating high-priority enemies and racking up high kill-streaks.

The Scout and Pyro serve as a mixture between Reaper, Tracer, and Genji in how they all want to get as close as they can to enemies. With the Scout's sawed-off shotgun and Pyro's sustained flamethrower, these players will have no problem pushing hostiles off of objectives and deleting opposing health bars. If you like high damage, mobility, and speed, you'll enjoy these classes the most.

This includes: Demoman, Heavy, and Engineer

These classes have not lost the ability to deal damage, but generally can be avoided much easier than any offensive unit. Veterans of Team Fortress 2 are well accustomed to corners of maps being entirely shut down from continued Demoman fire. These classes will turn any area of the map into no-mans land very quickly.

Many Overwatch characters directly copy their Team Fortress originals, with Torbjorn bringing to the table the same AI-turret placement Engineer has for over a decade. It makes sense though as these are imperative teammates for any defensive situation. If you want to hold down the fort for your Offensive team to return to, these classes are perfect for you.

Since the original Overwatch, Mercy has been an identical copy to the function of Medic in Team Fortress 2. Her ability to fly and revive players sets her slightly apart, but the reliability of a continuous healing stream makes Mercy and the Medic incredibly important for most team compositions, for the same reason.

Ana serves a dual purpose, being a sniper and healer, but overall the importance of the Sniper class since TF2 has been shown greatly through the sheer number of similar classes in Overwatch. Widowmaker and Hanzo provide high damage at long ranges, helping to solidify areas of control on the map. If you like being the hidden MVP of your team, these will be the most fun classes for you!

Rather than having such a wide cast of characters, Team Fortress 2 features the unique items feature. Each class owns a wide variety of alternative primary weapons, secondary, tertiary, and sometimes more. This ability to swap out tons of combinations of weapons allows for classes to play much differently than expected.

Overwatch built on this concept, producing Support-Tank hybrids, Melee-Offensive hybrids, solidifying the original Offensive-Defensive hybrid of the DemoKnight into an official class. This sort of playstyle is great for longtime fans looking to spice it up, or break free from usual class restraints.

How to get items in TF2

Some of the difficulty for new players is joining online servers and finding everyone else already has the items they enjoy for their classes. This is understandable as this would be like only being able to play certain characters in the cast of Overwatch 1. While this may be frustrating, there are plenty of ways for players to get tons of items to enjoy Team Fortress 2 fully.

Joining an online server is the most important part of getting items in TF2. Whether this is your own or a dedicated Shockbyte server, these servers are all you need to regularly receive item drops whilst playing. If you adjust the rules on your server as well to not kick AFK players, you do not need to be actively playing to continue receiving items.

How to get items in TF2 fast

Now we could wait around and collect almost every item in the game, but it would take an astronomical amount of time. Instead, there are many items new players can receive in TF2 in a very timely manner with little effort. These are the Milestone items. Each class has milestones players can hit that provide them with some of the coolest weapons the class has to offer.

Hitting these milestones doesn't take very long and if your wallet can handle it, players are able to buy every item in the game from other players over the Steam marketplace. While the most rare items (and hats) in the game can cost you an exuberant amount of cash, getting your hands on a single item to use for your class usually costs very little and is a one-time transaction.

Shockbyte is a game server host for TF2, Minecraft, Project Zomboid, and more. 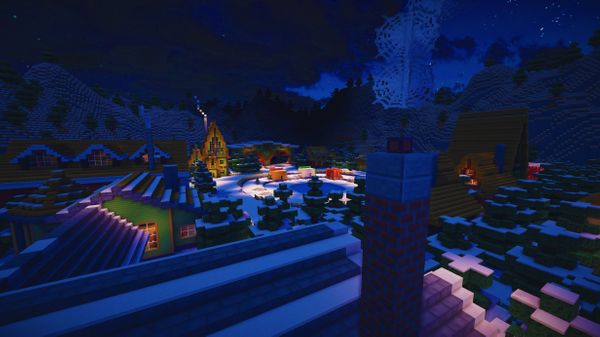 During the Holidays we could all do with spicing up our Minecraft builds just a little. Whether that is living in a little elven workshop or creating a more cozy home for yourself, 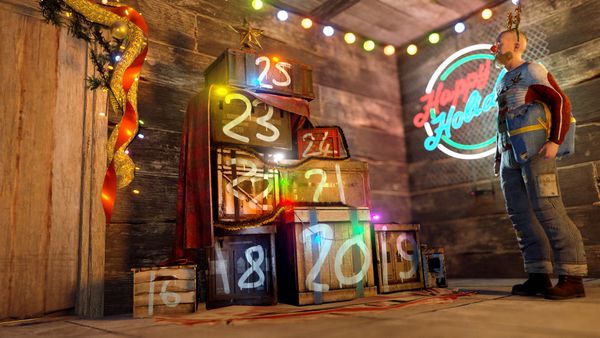 During the holiday season, what's more nostalgic than running to open your new advent calendar slot each morning? Shockbyte is bringing you exactly that excitement with our Advent Calendar of Shockbyte promo codes!

Shockbyte
—
The Best TF2 Class for New Players
Share this