Terraria is a side scrolling adventure and building game, where players progress through the game by killing massive bosses and upgrading their equipment. The game has a massive modding community, making for great modded Terraria servers.

Good Terraria mods always add additional content to the game, or bring incredible quality of life additions to the base game. Some of the biggest mods in the community add over a thousand more items to the game! Fortunately after the creation of Tmodloader, it's easier than ever to add a mod to your game or private Terraria server.

Here are the best Terraria mods:

Calamity | The Stars Above | The Clicker Class

Creating your own Tmodloader server

Tmodloader is the primary way to handle modding in Terraria and after it's official addition to Steam, it has gotten even easier to use. It is very easy to install Tmodloader to your Shockbyte server which will save you a lot of time over other methods.

This wouldn't be a list of the best Terraria mods without the most recommended mod across the whole Terraria community. The Calamity mod goes as far as to add over 1800 brand new items to the game and 2 entirely new difficulties. Can you take on the 27 new bosses this mod adds, and it's half as many mini-bosses?

A mod allowing you to bind with a Starfarer each time you start a new game. This Starfarer provides you with incredible abilities, and will interact with you as you take on all the challenges within the game. This is an incredible mod to play alongside Calamity, as it is 100% compatible, and your Starfarer will even comment on Calamity bosses! Not to mention the 5 brand new bosses this mod adds on it's own!

Terraria can be difficult wielding swords, as they don't swing as fast as you can click. Same goes for some guns and bows. What if you could just click an enemy, and deal damage to them? Introducing the Clicker Class! Adding another Class to the game's unique class system, simply click enemies until they are no more!

Speaking of new classes being added to Terraria, the Orchid mod adds a total of 4 completely unique classes. Each of them using an incredibly interesting gameplay mechanic of their own, they are unlike anything the base game has seen before. The mod also adds new equipment for each class respectively and Mineshafts to be explored for early loot every playthrough!

A mod with a heavy emphasis on new weapons! Alongside adding more than 210 different weapons, there are also 8 new bosses, and 55 new enemies. One of the lesser known mods out there, this performs great for a multiplayer modded Terraria server experience. With 22 new furniture sets and custom music, this is also a good Terraria mod to just vibe with.

A much more simple mod, adding a beautifully handcrafted Crystal biome underground, with everything that accompanies a biome! A new boss, 100+ new items, several new enemies, and a handful of other surprises. A much smaller impact on the game in comparison to Calamity or Vitality, but a nice addition to vanilla Terraria no-less!

As the title suggests, this mod adds 8 new bosses and several new items to accompany them. Unlike other mods in this list though, Querty Bosses and Items actually adds a new stunning sky biome called the Sky Fortress! The bosses here are quite challenging too, making for one of the most memorable Tmodloader mods. Despite being released in 2021, this is still one of the best Terraria mods of 2022.

For longtime players of Terraria, you will understand the struggle of trying to find your stack of a crafting item across 6 or more chests in your base. The best quality of life mod out there, Where's My Items! Easily search your chests for the exact item you are looking for by typing in the items name rather than opening and closing 10 different menus. Solves probably the biggest problem in Terraria.

Many gamers are also proud fans of the roleplaying game Dungeons and Dragons, and this mod brings that passion into Terraria! Definitely one of the best Terraria RPG mods available; choose a class, fight monsters, and level up! The entirety of damage calculation was revamped to fit the DnD aesthetic, and is decided based on rolling dice for each ability. While it is in early access, there is an overwhelming amount of content, and it is still being updated!

The Rothur mod is a great addition to any Terraria modded server, as many players have likely not tried this mod yet. The mod adds 2 new biomes and over 100 new items, but the coolest part of the mod is the new weapons. All the particles used in this mod are much more realistic than vanilla Terraria, leaving fire trails blazing across the sky. If you aren't impressed by the additions this mod makes, you will be impressed by its visuals.

Shockbyte is a game server host for Terraria, Minecraft, Left4Dead, and more. 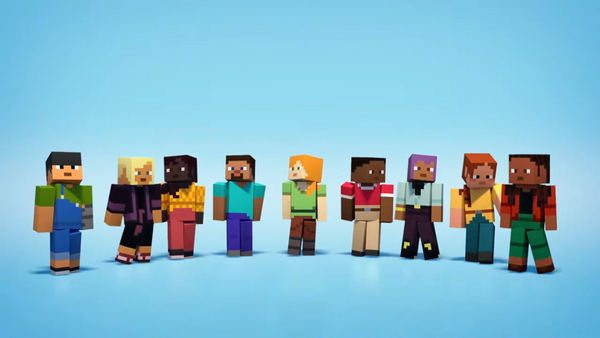 In the most recent Minecraft Live event, we saw a massive variety of new content coming to the Minecraft Universe. Teasers for DLC being added into Minecraft Dungeons, gameplay footage from the new 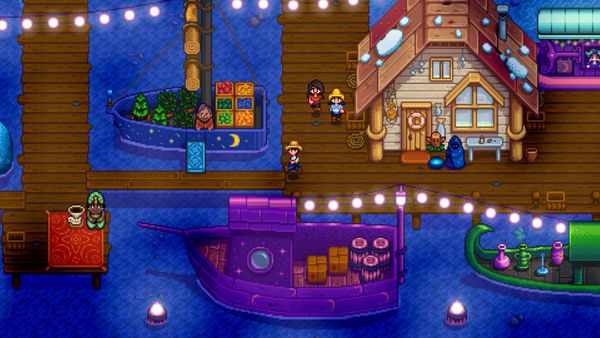 Stardew Valley is a massively popular farming and roleplaying game, where players raise a farm from the ground up and form relationships with the characters around them. The game has given rise to